The British Electrical and Manufacturing Company Limited (Bemco) was established in 1893 in Newcastle upon Tyne. Initially called the Tyneside Electrical Supply Company, its aim was to supply electrical equipment to industrial users in the North East of England. The company also acted as a purchasing company for one of the first organisations in the world to cut coal by electricity, the Electrical Coal Cutting Contract Corporation.

In 1902, the original partners were joined by two brothers, Robert and Herbert Barkes, who introduced further capital to expand the company on the distribution side, and started a small manufacturing unit making switch and fuse gear. Branches were opened at Sunderland and London in 1905 and 1907 respectively.

In 1908, the company’s name was changed to its present title; The British Electrical and Manufacturing Company, and in 1910 the Barkes brothers became sole owners.

In the early years, Bemco supplied a variety of electrical materials, mainly to collieries, shipyards, steel works and railways. These included lamps, signalling equipment specially made to mining and railway requirements, switchgear, black adhesive tape which was imported from America by the ton, knife switches and cables of all types, including the first trailing cables used in the pits. 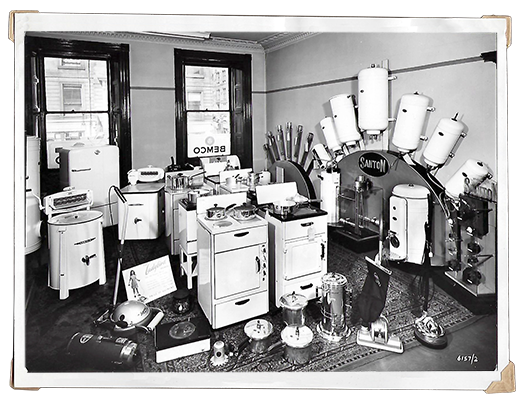 Shortly after the outbreak of war in 1914, the manufacturing unit was sold due to a shortage of skilled labour, but in 1919 a further branch was opened in Glasgow and the main business moved from St. Nicholas’ Buildings to another local site, Clavering Place in Newcastle.

Since 1945, branches have been opened across the South East, including a flagship branch in Wandsworth and additionally Durham, Edinburgh and an export branch in Leigh. The manufacturing unit was also re-established in Glasgow. This unit designs and assembles specialist switch and fuse gear, with a strong presence supplying authorities in Scotland and the North of England, as well as building electrical control panels for industry.

As a quality assured company and a founding member of the ANEW buying group, we supply a wide range of quality electrical products at competitive prices from all major manufacturers.

Today, with our branches and manufacturing division, we remain privately owned and pride ourselves on the high levels of service you might expect from a close-knit, family company. We have also maintained our links to the North East, with our headquarters based at its heart in Newcastle and a branch in Durham.

Bemco has been in the electrical supply and distribution business from the beginnings of the electrical era. We have grown, in fact, with electricity itself, and have embraced technological developments and innovation, whilst maintaining our original business ethos.

Bemco has shaped the electrical industry for more than 120 years. Find out more about our key historical milestones in our infographic. 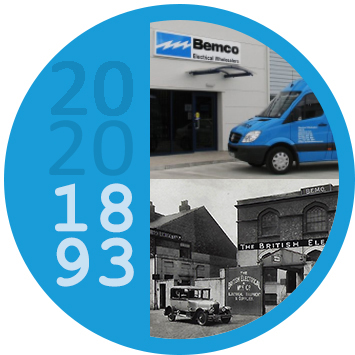